Steve Colman at The Stone 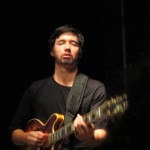 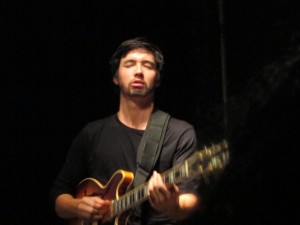 Steve, alto sax, performed with David Gilmore and Miles Okazaki on electric guitars. Neither of the guitarists had performed together before and it was fascinating to see how they listened to each other, smiled when some particular music struck them. Before the concert was probably my favorite part. Don, who was working the door, let me in early as I had walked there in the pouring rain. I met Damion Reid, drummer, who plays with Rudresh Mahanthappa and Steve Lehman among others. He is from W. Covina (near LA) but lives in NY now. Also met Maria Grand, tenor sax, who has moved here recently from Switzerland. While Steve and Miles were warming up, Steve started playing “Begin the Beguine,” and I know all the words to that for some reason or other. He didn’t know who wrote it, so, goggle/wikipedia person that I am, quickly discovered that it was a Cole Porter composition written in 1935, recorded by Artie Shaw in 1938 and danced to by Fred Astaire and Eleanor Powell in 1940. http://en.wikipedia.org/wiki/Begin_the_Beguine

It was interesting to me to see how the trio’s music developed over the hour. It seemed they grew more comfortable and really started playing rather than searching and listening so closely. It got going. It was great to watch Miles as he closed his eyes and became the music. Then David had to leave and Matt Brewer, acoustic bass, stepped in for the end of the set. There was another group for the second set, but I didn’t stay for that. Great to see and hear Steve Colman again. 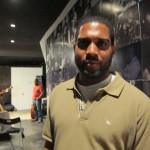 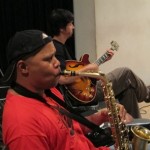 Steve and Miles warming up with Begin the Beguine 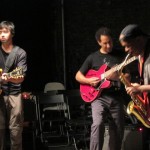 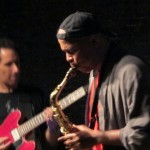 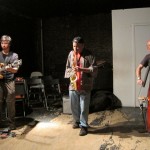