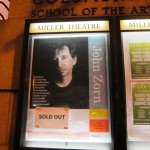 A sold out night and many of the NY contemporary music gang was there, for instance, Lou Reed, Laurie Anderson, Uri Caine, Kaija Saariaho, Richard Carrick, David Shively, Matt McBane, Vicky Chow, Scott Johnson, Christian Carey, Steve Dalachinsky, Yuko Otomo, and Annie Gosfield. Zorn’s compositions were all over the map and that’s good news; we got to hear his multiple musical interests and four world premieres in one night. “Bateau Ivre” (2011) by the Talea Ensemble and “Illuminations” (2010) was performed by the stellar trio of Kenny Wollesen, drums; Trevor Dunn, bass; Steve Gosling, piano. Zorn was sitting on stage conducting in his iconic garb of black tee shirt and orange-hued camouflage pants. “Passagen” (2011) Jennifer Koh, solo violin: virtuosic performance. “Cerebus” (2010) was for brass with Peter Evans, trumpet; David Taylor, bass trombone; Marcus Rojas, tuba and was a strange one not because of the use of many extended techniques -- coughing, growling, sucking, blowing, whistling in the instruments and the use of a variety of mutes but because it sounded circusy much of the time. Oh well. Zorn’s entitled to romp and play, right? After intermission which included an amusing conversation on stage between Zorn and Fred Sherry, where Zorn emphasized that he wants the paper score to inspire the performers as he is inspired by the new batch of players like ICE, JACK, Signal, Brooklyn Riders. The concert’s final piece was “A Rebours” (2010), a New York premiere. Fred Sherry solo cello with an ensemble of 10 performers including three percussionists; Brad Ludman conducting. Then on to the surprise of the evening. At 11pm at St. Paul’s Chapel John Zorn performed solo on organ. The joint was packed and we heard all sorts of music, showing off not only his performance and composing talents but also the multitude of textures available on the organ from bird chirps to thunderous rolls. Another fascinating evening of music. I’ll miss NY. 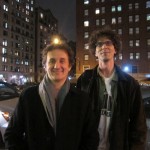 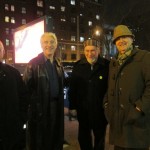 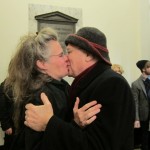 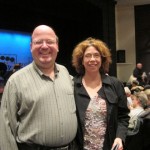 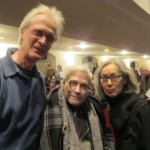 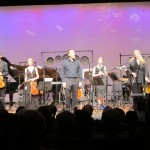 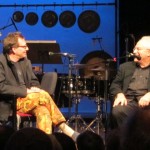 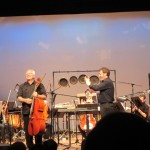 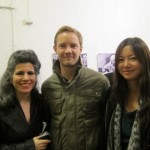 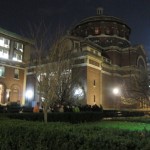 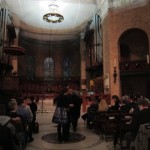 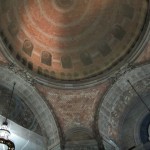