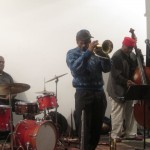 William Parker, bass; Roy Campbell, trumpets, and Michael Wimberly, drums were the first set I saw (I missed the earlier set). They, as usual, were quite remarkable, playing as a trio and individually. When Roy wasn’t playing one of his trumpets, he complemented the others with various bells and a small tamborine. The solos by each were also gorgeous. The Trio with Fay Victor, singing; Anders Nilsson, electric guitar and Ken Filiano on bass was amazing. It’s the first time I have heard their trio. They have been playing together for seven years but this was the first time in about a year and you’d never know they took a break. They were right on all the time. The songs all composed by Fay were “I’m on a Mission/Paper Cup,” Robot Clown,” Sign at the Door,”
and my favorite, “Gunk.” 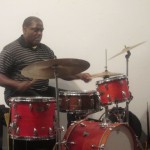 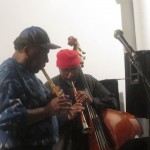 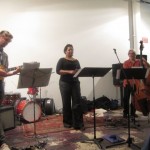 The fabulous trio of Nilsson, Victor and Filiano 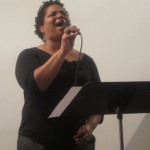 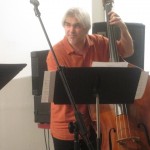 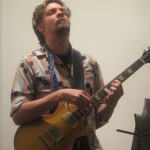 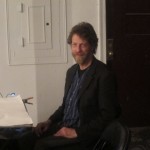 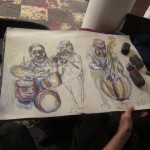