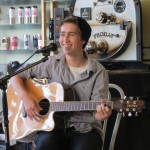 Back in San Diego. What to do? What to do? There’s some good stuff but I am coming down off New York and that takes some doing. I went to the La Jolla Playhouse, “Hands on a Hardbody” which was wonderful but since I focus on music I won’t talk about that. Then to a couple of gigs which were, in a word, disappointing. Nothing about those either. However, departing from my usual new-music thrust, I went to hear Samantha Baker, darling granddaughter, at an open mic gig at a Carlsbad coffee house. Talk about smiling throughout the night; I couldn’t help but do that. Gregory Kellogg, who organized the evening, opened with his guitar and songs. Nice. Then, Samantha played guitar and sang two of her own songs plus a cover of something that I don’t know. She has a lovely voice and her songs are good ones. She is receiving some well-deserved acclaim at her school. I will love watching how she progresses. The set ended with three boys from Mission Vista High School; Josh Leon, Josh Kwiatek, and Austin Bado who showed us their good stuff. A delightful evening of youth on the rise. 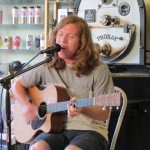 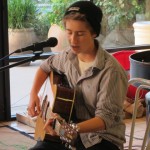 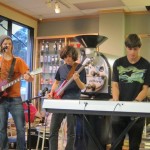