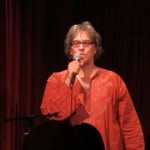 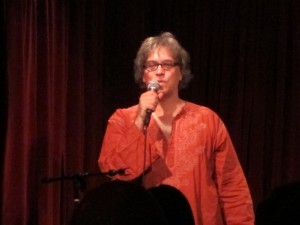 This was a surprise. I often go to concerts with no idea what to expect and this one was right on target for the unknown. Jed introduced himself and Jung Lin announcing they would play four-hand piano (looked more like three-hand to me as Jung played the upper register with her right hand most if not all of the time). The music, “Canto Ostinato” was composed by Simeon Ten Holt (b. 1923) between 1976-1979. It was lovely, minimalist and really really long, about an hour 20 minutes. I enjoyed it but wondered if it were ever going to end. The tempo never changed and I tried to pay attention to the nuances and to relax into it (relaxing is not my strong suit). There were nice dynamic and tonal changes and certainly virtuosic playing. That was it for the evening and while I am glad to learn about this piece of music I was wondering about it as a choice to play at Cornelia. The audience was respectful, only 2 people leaving, and they came back! I read about it today online trying to get it.

“Canto Ostinato consists of small, entirely tonal cells which are repeated - how many times is left to the performer. The music’s basic pulse is constant throughout. There are significant differences between the cells, and sometimes the transitions between them, via non-repeating ‘bridges’, can be fairly abrupt, with new material suddenly appearing rather than fading in by imperceptible degrees as in some early minimalist experiments . . . A great deal more involving than one might expect, with sections based on contrasting cells adopting their own emotional identity; not so much meditative and calming as obsessively hypnotic, analogous to the process of paying closer and closer attention to subtle changes in a vast landscape on a long journey.”

If you want to know more, go to http://www.canto-ostinato.com/pages/cantoostinato.html 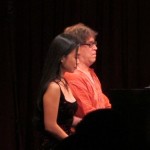 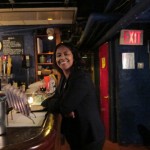 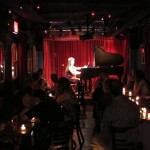