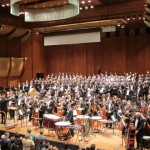 We had great seats in Box 8, one tier up and the third box away from the stage. The Requiem was performed in one 85 minute set. I counted approximately 115 members of the choir. The Boychoir sang off stage and their role seemed to be praying for deliverance. The tenor and baritone sang in English, all others in Latin. The program notes say, “The decision to intersperse the Latin text of the Requiem with poems by Wilfred Owen, who was killed in action one week before the end of WWI, was made soon after, and determined the character of the War Requiem.” “Britten was aware that he had the opportunity to express his pacifist sympathies in the most powerful way available to him.” Powerful is right. It remains one of the major works of the 20th century and I look forward to hearing it again and again. 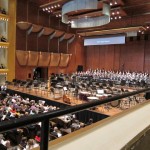 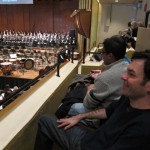 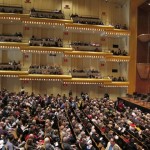 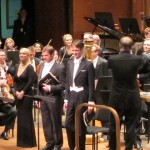 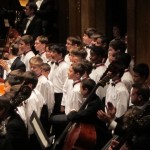 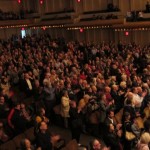