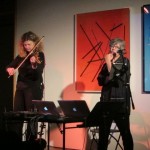 What a night!  I had looked forward to this concert for ages and, lo, I was not disappointed.  The theme of the night was Eve’s 4 month trip down the Mississippi River in a kayak - stories, songs, photos and music which reflected her journey.  They opened with Mary playing mandolin, brilliantly I say, and Eve telling the story of a goat  “It Happens Like This” with text by James Tate.  “Well Spent” my favorite, followed. It is a gorgeous piece for violin and electronics.  I will try to figure out a way to post it so you can listen. They performed 8 more songs including “The Flood,” the text by poet Robert Frost; “Testy Pony” text by Zachary Schomberg; and a world premiere of”Wet Psalm” text by Linda Norton.  “ Night Psalm” utilized Launch Pad technology.  Eve shared the viewing with the audience which as very cool.  All the songs were by Beglarian except “Wayfaring Stranger,” the only traditional song and that was arranged by Eve. From my perspective the entire evening was very soulful and poignant without being even slightly boring.  Each had it’s own fascinating story and encompassed both technology and an appreciation of nature.  Mary and Eve have a beautiful musical connection. 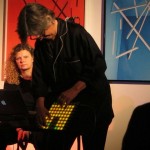 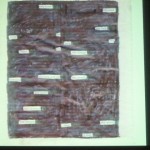 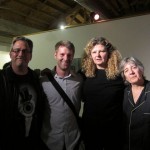 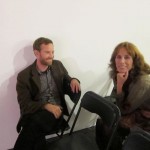 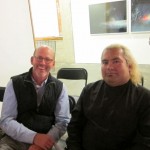